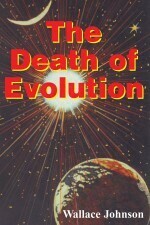 Wallace Johnston confesses that he used to be a believer in Evolution. But reading a book on the subject opened his eyes, and after much study he wrote this present book. He gives both scientific findings and Catholic teaching to show that the theory of Evolution is incompatible with both Catholic teaching and common sense. His reason for studying Evolution, as he quotes one eminent writer, is that "Every attack on the Christian Faith made today has, as its basis, the doctrine of Evolution." 204 pages