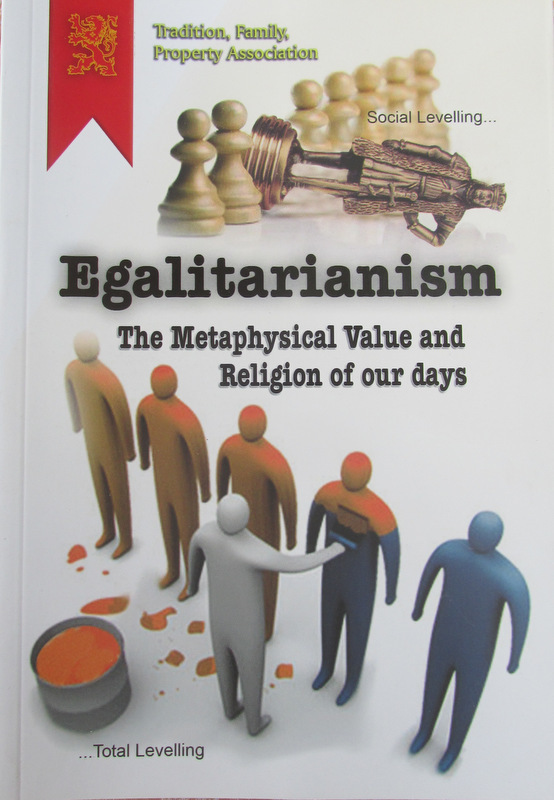 Egalitarianism: The Metaphysical Value and Religion of our days

SKU B70
R55.00
In stock
1
Product Details
For over five hundred years a terrible ideological battle has been waging throughout the whole world, especially the Christian West. It aims to create a culture and civilization that entirely subverts not only the order of God's creation, but also the very idea of God Himself. According to the Marxist doctrine, this can only be accomplished by establishing total equality amongst everything, because the idea of God is a result of the inequalities in the world.

This is not to say that all the crises shaking the world today come, in final analysis, from the idea of inequality. Nonetheless the thesis of equality versus inequality is, from a psychological point of view, the key point from which all these crises are derived.

Equality versus Inequality is without doubt an aesthetic-moral-religious issue whose perfection is a reflection of God on earth. Herein lays the true religious battle of our days. (Plinio Correa de Oliveira)