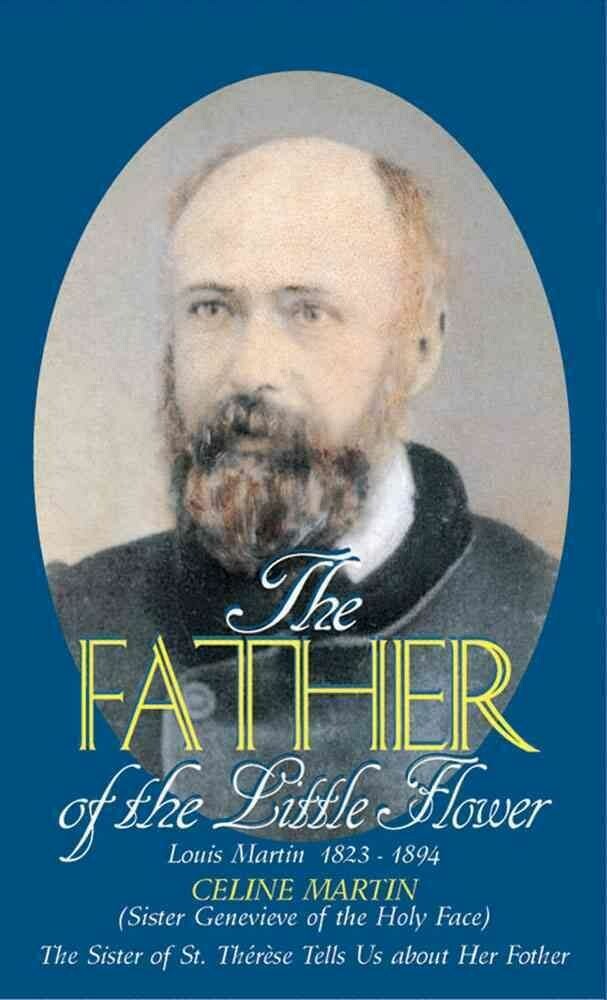 Father of the Little Flower

Louis Martin was the pattern of Fatherhood on which St. Therese built her now famous "Little Way of Spiritual Childhood". Louis was declared Venerable by the Church in 1994, along with his wife Zelie, because of his "heroic virtue".

What kind of a father was he? These reminiscences describe Louis Martin's marriage at age 34, his love and support for Zelie, his firm discipline yet tender affection for his children, his piety, observance of Sunday, business practices, selfless conduct, generosity to the poor, etc. Celine gives particular attention to the sufferings of her father's old age, foreseen in a vision by Therese, which included a period of time spent in a mental institution. She describes his beautiful death, as well as a sign received by Therese indicating that their father's soul had gone straight to heaven.

Letters written by Louis gives additional insights into his character. Louis Martin's daughters considered themselves highly blessed to have had so good a father. Written by Celine Martin, St. Therese's Sister. Imprimatur.