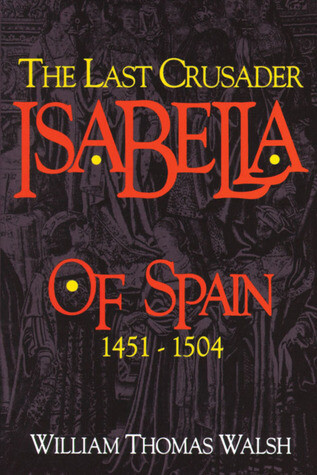 Isabella of Spain - The Last Crusader

Called by her people Isabella la Catolica, she was by any standard one of the greatest women of all history. A saint in her own right, she married Ferdinand of Aragon, and they forged modern Spain, cast out the Moslems, discovered the New World by backing Columbus, and established a powerful central government in Spain. This story is so thrilling it reads like a novel. Makes history really come alive. Highly readable and truly great in every respect! 576 pgs, PB. Written by William Thomas Walsh.