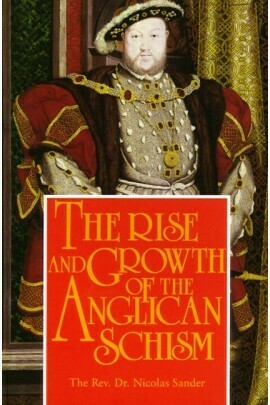 Rise & Growth of the Anglican Schism

1st written c.1573. The "earliest; most trustworthy account" of the Reformation in England. Contains documentation that defies description; such as; that Anne Boleyn; Henry VIII's second "wife;" was actually his illegitimate daughter. Later finished by Fr. Rishton; the whole ghastly story of the Protestant revolt in England--with all its unsavory characters--is told through 1587 and the murder of Mary Queen of Scots (rightful heir to the throne) under Elizabeth I. Written by the Rev. Doctor Nicholas Sander, D.D., was a priest and author of the sixteenth century. 528 pages.