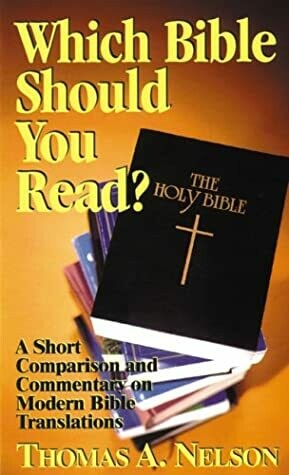 Which Bible Should You Read?

ok is a brief analysis showing which is the most accurate, safest English translation of the Sacred Scriptures. Not surprisingly, the traditional Catholic English version of the Sacred Scriptures, the Douay-Rheims Version, the faithful translation of St. Jerome's Latin Vulgate Bible - the official Latin version of the Roman Catholic Church - emerges from this analysis and comparison as the best, safest, most accurate Bible in English of the ten versions compared. Shows that the differences are not mere technical differences of style but that they deliberately change the meanings of the passages significantly as well.

Compares NT passages from the DRB/DRV with passages from the Clementine Edition of St. Jerome's Latin Vulgate Bible and the Greek text that is commonly accepted as authoritative by the Neo-Catholic and Protestant revisionists, and from 6 Protestant versions and 3 "Modernist" New “Catholic” versions.